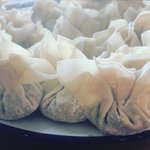 After a deserved day off Halima is back for another week of great Bangladeshi street food. Today only try this Pineapple fried rice. Check it out! #Fooska 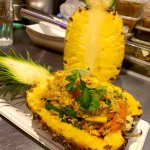 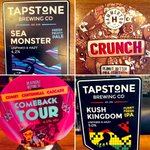 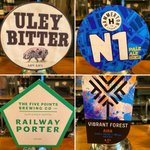 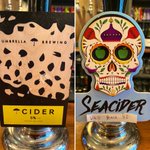 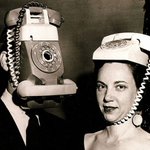 Tonight! #Eat_Fooska is back at @DukesHighgate - excellent Bangladeshi cooking that is already proving very popular with the locals! https://t.co/V4txS13QIp Tues-Sun for January 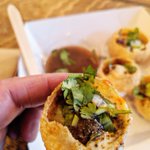 “At the Duke’s it’s a beer festival everyday”. That’s what we like to think and what we try to achieve by travelling and meeting people, finding new places and breweries, and taking pride in bringing to North London the best beer in U.K. from the best independant breweries.
This year, continuing a tradition that we started last summer, we bring you again our Summer Beer Fest. Five weeks of five tap takeovers, from the breweries we like the most, whether they’re the next new thing or old friends that deserve a celebration.

There will be many of our favourite beers, thirds flights, loyalty cards, exclusive festival t-shirts, and meet the brewer sessions.
Craft beer is our passion, and to make it a social occasion to be shared by our whole community is our aim.

Come drink with us!

“At Brew By Numbers (BBNo.) we strive to create new, exciting and forward-thinking beers focusing on quality and drinkability. Whether developing new styles, adapting established ones, or bringing the less well-known styles back into the limelight, we create each beer with the same level of care, attention and respect. The harshest critics of our own work, we only release beers that are of a high standard, balanced and drinkable.”

We’ve had the pleasure of stocking BBNo. beers for few years now, and there has been not a single beer we didn’t like. This brewery is one of the most solid and constant reality in London, and we decided it was time to pay them a proper tribute. We had the chance to take part to a brew day with them, and we’ll be launching their new DDH Session IPA Thursday 2/8 from 7pm, with the guys from the brewery.

“Burnt Mill is a new brewing project focused on producing fresh, unfiltered beers from our brewhouse on a Suffolk farm. As drinkers our opinions and tastes are always evolving and as brewers our processes and conventions being challenged. With this in mind, we’ll be doing our best to create an environment where we can continue this progression, whilst brewing the beers we want to drink.”

We came across Burnt Mill for the first time in September 2017, by accident (or fate!), only few months after they officially started to release their first beers. We fell in love with they’re Green Path IPA, and from that moment we kept an eye on them, knowing they would have been the “next new thing”. When they won the award for best new brewery in England, we knew we were right. They don’t do cask beer, but they casked just for us their new Centennial Pale, and they’ll be with us for a drink and a chat Friday 10/8, from 7pm.

“We are a modern brewery specialising in fresh hoppy beers. We love hops so much we’ve designed the entire brewery to focus on preserving hop oils. You see, Tapstone is no off-the-shelf brewery… You can’t just go and buy a brewery like Tapstone. From the moment the fresh water enters the brewery, to the bottles and casks leaving, we’ve sifted through centuries of brewing knowledge and created our own unique style. This makes for fresher and more flavourful beer. Beer with character and soul.”

Tapstone for us has been an amazing “second time” discovery. We had few of James’ beers 3 years ago, and we quite liked them, until at some point they totally disappeared from the lists. We came across them again almost by accident a few months ago, and everything that we had tried before, we found it massively improved. Juicy, fruity, hoppy, hazy beers, lovely on keg, but that show their true unique character when served on cask. James breeds his own hops, to follow the quality check from the very beginning. We’re happy to have him here the evening of Saturday 18th to drink with us and chat about beer. If you’ve ever had questions or curiosity to be answered about beer, he’s the man for you.

Sea Monster is a fresh and fruity pale. Tropical flavours cascade over a crisp citrus base, with waves of blueberry, mango and fresh cut lime.

Unfined and with loads of haze forming oats so the fruity hop oils have a something to cuddle.

7 malts to get the sun-kissed orange colour. Then a heavy mix of 8 hops showcase the best of fruit, citrus and dank flavours for a complex and uplifting ‘resiny mouthfeel’.

“West by Three Brewing Co. is the result of two friends and their love for good beer and brewing. Hamish and Rich both grew up in Wales and have been passionate homebrewers for several years. Rich is still in the motherland while Hamish has settled in the USA.
Their passion for beer and the inspiring new wave UK craft beer scene paired with a firsthand understanding of the formidable US craft brewing movement led them to dream of founding a brewery.
It is imperative that each beer is as authentic as possible. This means no shortcuts or unnecessary additives. This means using the proper equipment and ingredients and taking the time necessary to get each brew exactly right.”

We met Rich last year during a beer festival. We tried a couple of beers and told him straight away: “Mate, we need your beer in our pub”. And so we started getting pallets every time we had the chance. This brewery still confirms to be the new best brewery in Wales, and among some of the most promising new rising stars in the U.K. craft beer firmament. Come join us Thursday 23/8 evening to chat with Rich. Who, when not busy brewing amazing beer, spends his time flying helicopters. That gives us at least two pretty interested conversation topics!

Our little table beer. Grisette, a French word for a young lady dressed in the grey factory uniform of the industrial revolution. At 4.1% this little beauty will quench your thirst long after the work day is over. We chose fruity Ekuanot & Mosaic to compliment the Belgian yeast and coriander.

A Munich Helles style lager brewed with Citra hops. This late hop addition riff on the classic Munich Helles is brewed with a 30% Munich malt and Pilsner grain bill for a classic German body. New world hops Pacifica, Waimea, Citra, are added after 30 minutes and finished with a small Citra dry hop for a fruity nose.

Late hop additions ensure that this naturally hazy pale ale is not at all bitter, because the hops are not added until the whirlpool it technically has zero IBUs. A healthy dose of Oats and the Vermont yeast combine to form a smooth, aromatic & fruity body.

8% – This is a dank and fruity DIPA fermented with our house vermont. Featuring Citra and amarillo hops.

3.3% – A kettle soured beer, whirlpool in plenty of styrian wolf hops. This is fermented with vermont and saison yeasts to give a fruity and sour finish.

“Unchecked by tradition and with no core range, Almasty has free reign to push boundaries and experiment.

The changing seasons are the compass offering different ingredients and influencing tastes which is reflected in what we create.

Sometimes planned, sometimes right place, right time but always the constant thirst to explore. An idea formed on a different journey and ignited by chance, this is the story that led to Almasty Brewing Co.”

If we’ve been lucky sometimes by coming across new breweries almost by accident, Almasty for us has been the proof that when we say “we call it research”, we’re not entirely joking. A few trips to the North, and to Newcastle in particular, created a solid bond between us and this fantastic brewery, that we love to bits. There’s no core range, so we’re just waiting for the month’s list, knowing it will be something not just good, but amazing. Nothing boring comes out of Mark’s brewing skills.

We look forward to all the future creations him and Sean will bring to our taps, and we’re looking forward to have them here, Thursday 30/8, to launch our collab – yes we went all the way to Newcastle for a great brewday – an Apricot Pale Ale.

Made with bona fide vanilla doughnuts from local artisan doughnut magicians R-Place. Smooth and full bodied yet fruity with the right balance of bitterness.

A full bodied pale ale, packing flavour and subtle bitterness with a delicate sweetness from the apricot infusion. Our exciting collaboration with our good friends from The Big Smoke, The Duke’s Head Highgate.

Our Cherry Sour returns. The latest incarnation is a smooth and tart beast bringing all the best qualities from a kettle sour and combining them with sharp cherry bite..